The Mission of Historic Ketchikan

The Ketchikan area has the largest number of historic properties of any community in Alaska, and Historic Ketchikan takes a very active role in maintaining that integrity. 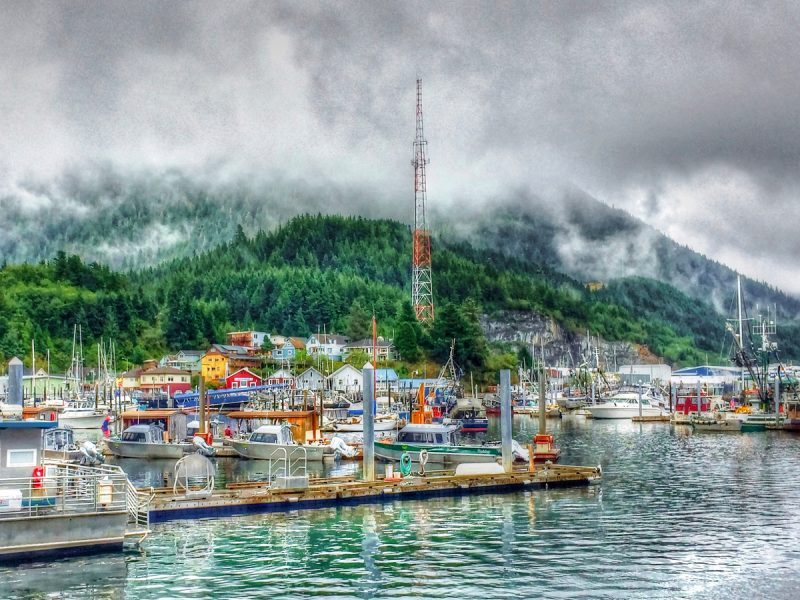 Historic Ketchikan is a 501(c)3 charitable organization. We actively seeks grants and projects that promote economic development and historic preservation. With support from the Ketchikan Gateway Borough and the City of Ketchikan, we publish the “Our Town” magazine, everything you ever wanted to know about Ketchikan.

The Goals of Historic Ketchikan

Jim arrived in Ketchikan in 1964 with wife Gail and children. He was soon involved in the travel industry, first as a partner in a local travel agency, then as an Alaskan tour operator. He retired in 2004 after working 22 years for Alaska Airlines. He is a founding member of the First City Players and the Ketchikan Community Concert Band. His public service includes 11 years on the Gateway Borough School Board.

Patricia Tully has been the Director of the Ketchikan Public Library since January 2017. She received her master’s degree in library studies in 1988, and since then has worked in a variety of public and academic libraries. In 2000 Ms. Tully became a volunteer at the Beverly (Mass.) Historical Society (now Historic Beverly), cataloging their extensive railroad history collection. After moving to Middletown, Connecticut in 2004 she became active in the Middlesex County Historical Society, joining the Board of Directors in 2006 and serving as Board President from 2010-2014. Ms. Tully has been on the Board of Historic Ketchikan since the spring of 2017.

Caroline arrived in Ketchikan August 2002 on a picture postcard day. Instantly she knew she could live here and returned to purchase a home in 2003.There is so much to learn and appreciate in this historic town. She spent 50 years as a pharmacist and always a community activist. She volunteered many years in Bowerd County, Florida as an officer or board member: Opera Society, Fort Laudersdale Historical Society, Museum of Art, Woman’s groups, professional organization groups and the Commission on the Status of Women. She looks forward to working with the community of Ketchikan.

Kent and wife Nicole moved to Ketchikan from Wrangell in 1996 after taking a respite from their careers in broadcast and print journalism (Utah, Montana, Minnesota and Michigan) to chase mid-life adventure and build a cabin on Etolin Island. Kent managed KTKN-KGTW radio in Ketchikan first from 1996 to 1999, and then again from 2014 to 2017. In between, he served as Senior Technical Project Manager for the U.S. Antarctic Program at McMurdo and South Pole stations, always maintaining his home base in Ketchikan. Kent has enjoyed a lifetime of public service, including prior participation in Civil Air Patrol, Emergency Broadcast System, Salvation Army, and Rotary International. He now serves on the First City Council on Cancer, KRBD board of directors, and is active in Southeast Conference and the Ketchikan Area Chamber of Commerce.

Stephen is an architect, city planner and historic preservationist.  He has advanced degrees from the universities of Washington, Harvard and Alaska. He has directed land and resource planning for the State of Alaska and worked in developing countries in many parts of the world.  He came to Ketchikan in 1971 to serve as the community’s first Planning Director and was instrumental in establishing the Creek Street Historic District.  He has since restored a number of historic buildings in Ketchikan and helped to establish our Historic Ketchikan organization nearly three decades ago.

Kelly arrived in Alaska in early 2018 as a volunteer with Historic Ketchikan . Kelly served the previous year as a VISTA volunteer in Norther New Mexico focusing on economic development and tourism.  From 2015 to 2017 he served as a Peace Corps Volunteer. Kelly has a Master’s Degree in Urban Planning and Design from the University of Arizona. Interests include historic preservation, photography, and music.